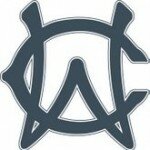 Tony Bonnaci, owner of the new West Coast League franchise in Longview-Kelso, WA has named Grant Wilson as the organizations first general manager.  Wilson will be joining Longview-Kelso from the Salem-Keizer Volcanoes of the Northwest League.

Wilson was an All-State high school baseball player in Arizona before starting his college carrer at Cal State-Fullerton.  One of Wilson’s first duties with his new employer will be to organize a “name-the-team” contest.

The Longview-Kelso franchise will begin play in the WCL in 2010.

The Chatham Anglers of the Cape Cod Baseball League have announced their coaching staff for the 2010 season.
At the helm of the Anglers will be John Schiffner.  Schiffner is returning for his 18th season as …

The Petersburg Generals of the coastal Plain League have been put on the market by their owner, the City of Petersburg, VA.  A sale price has not been announced, but the city has opened up …

The North Adams Steeple Cats of the New England Collegiate Baseball League have hired Chris Moore to be the team’s head coach for the 2010 season.  He replaces former manager Jeff Verplanke.
Moore is currently an …

The Wisconsin Rapids Rafters of the Northwoods League have announced that they have hired Michael Steinwagner to be their PA Announcer for the 2010 season.  He brings a wealth of behind-the-mic experience to the first …

The Springfield Sliders of the Prospect League have announced their new coaching staff for the 2010 season.  Former St. Louis Cardinal Curt Ford will take over the duties of head coach, while Michael Pittmand and …